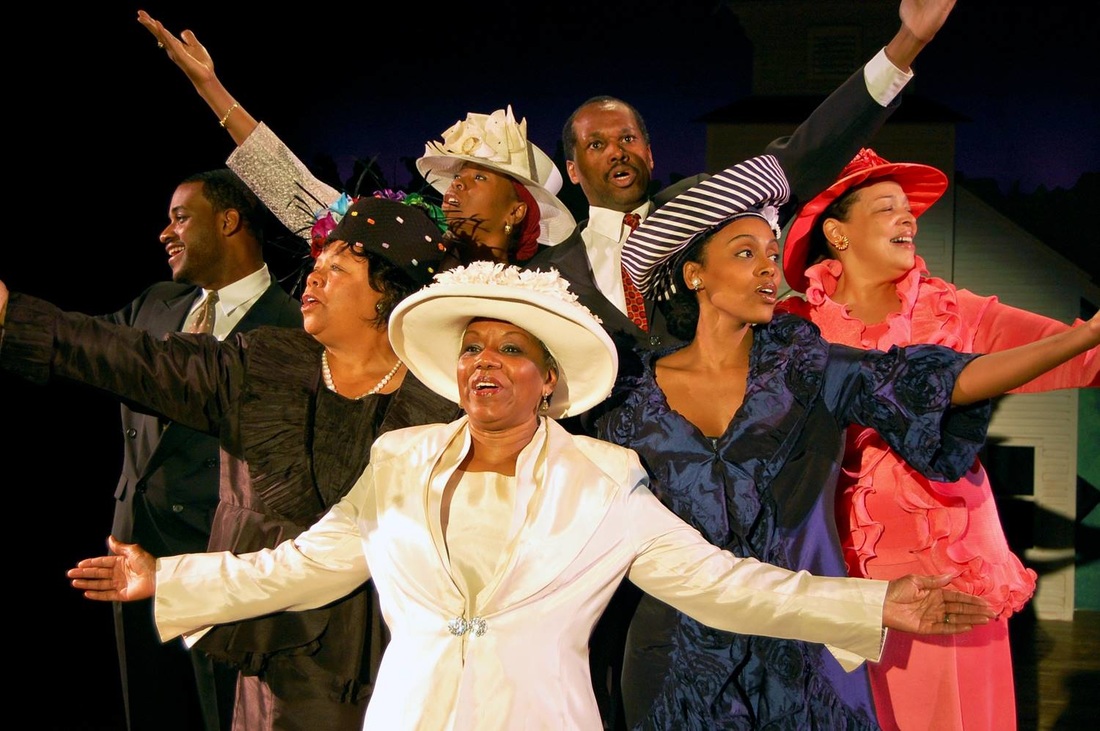 A moving and celebratory musical play in which hats become a springboard for an exploration of black history and identity as seen through the eyes of a young black woman who has come down South to stay with her aunt after her brother is killed in Brooklyn.

​Hats are everywhere, in exquisite variety, and the characters use the hats to tell tales concerning everything from the etiquette of hats to their historical and contemporary social functioning.

​There is a hat for every occasion, from flirting to churchgoing to funerals to baptisms, and the tradition of hats is traced back to African rituals and slavery and forward to the New Testament and current fashion.

This GAAMC Excursion is scheduled for one show only, the 2:00 PM matinee on Sunday, October 2, 2016, at The Burgdorff Center for the Performing Arts, 10 Durand Road, Maplewood, NJ 07040. Tickets will be distributed at the theater just before the show.

The Burgdorff Center is less than one block from NJ Transit's Maplewood train station on the Morris & Essex Line.