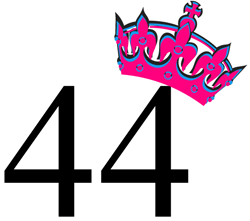 44 years of activism is being celebrated tonight as GAAMC, one of the two longest running Gay Activist Alliances in the country, sees another anniversary of making positive change in the lives of LGBTQ people and our allies.  Mickey Suiter is our current President, chair of the Archive Committee and also one of the four founders whose brainchild has meant survival to thousands of people over the course of its existence.  See what all the celebration is about when  you join us on this historic evening.
6 RSVPS