A Humorous Guide to How the Internet *Really* Works 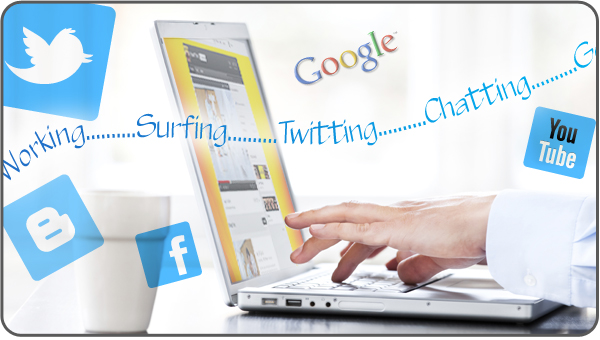 Our doors open each week at 6:30 PM.  Our fabulously popular Open Talk takes place from 7:00 PM until 8:00 PM.  After a brief intermission, we introduce our main program.  This week, we are lucky enough to host one of our very own Community Trustees, the Chic Geek, Wendy Roome, to help us kick off our 47th year!  Wendy will set the tone just right as we learn about the "Interwebs" with more than a few chuckles to make those bytes easier to chew.

As you might have guessed from the title, Wendy will explain how computers communicate over the Internet. But rather than boring you to tears with "bits" and "bytes" and "routing protocols", she'll explain how computers communicate by analogy with how people communicate: for example, by shouting (within a room), by putting notes on a rotating lazy Susan (like an order wheel at a truck stop dinner), or by sending notes down pneumatic tubes (like an old-time department stores). She'll also explain how internet "addresses" and "domain names" are analogous to phone numbers and directories.

Her goal is to illustrate the basic principles of the Internet and explain the problems which can occur, such as security and reliability. At the end, you'll discover that the Internet is a bit of a kludge, and it has evolved (if not mutated!) under fire as it has grown from a few hundred computers, used by a few thousand geeks in the US, to millions, if not billions, of computers used by almost everyone on the planet.

A Humorous Guide to How the Internet *Really* Works, by Wendy Roome

Instead of dealing with the messy details of "bits" and "bytes", I'll explain the internet by analogy with how people communicate within a room, between rooms in a building, between buildings in a city, and between cities in the world. The goal is to illustrate the basic principles, explain the problems which can occur -- such as security -- and get you to realize that it's a miracle that it works as well as it does.

You walk up to a room. There's a gatekeeper at the door. You whisper a secret password, and he gives you a card which says, "You are in city 14, building 27, room 8, person 42." That's your internet address -- 14.27.8.42, for short. Like a phone number, it uniquely identifies you, and anyone who knows it can send you a message.

The number is yours only as long as you're in that room. When you leave, you give the card back to the gatekeeper, and forget the number. If you go to a different room, you'll get a different number. Like an old-style land-line phone number, an internet address is tied to a physical location.

This room is analogous to a Wi-Fi hotspot at Starbucks -- just in case you hadn't guessed.

So what can go wrong with that? Ok, class, this will get very boring if I have to do all the talking! Hint: What happens in a group discussion when two people start talking at the same time?

Going on from there I'll explain the reliability and security problems, how people communicate between rooms (or buildings or cities), how you discover the address of the time-server, how you send a massive document like "War And Peace" instead of a short 1100-word message, etc., etc.

Notes for GAAMC Newbies:  We do not charge admission to attend GAAMC's regular weekly meetings, but we do have rent to pay for, and insurance, and wonderful bagels, cakes, coffees, teas, and other great noshes.  Therefore, we ask for a donation at the door when you arrive.  We recommend a donation of $7 for non-members, $5 for dues-paying members, and $4 for dues-payment senior members and full-time students.  Thank you!